It is a truly acknowledged fact that when there is a huge crowd of different tastes and ages, the show is bound to be good. So it was for the first show of Day 4 of Malta Fashion Week with the highly anticipated collection of Parascandalo. A total contrast to the previous night’s shows full of couture garments, the Parascandalo brand offers singular street wear looks that merge wearability, durability, and androgyny. Similar to the 2015 collection In the Sky presented during fashion week, this year’s was also focused on top-quality pieces that promise edginess and character. 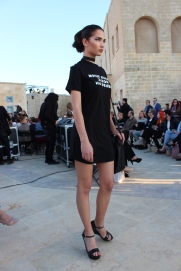 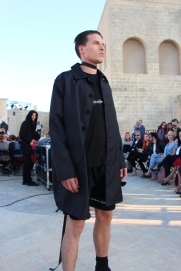 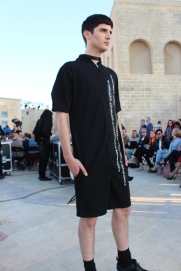 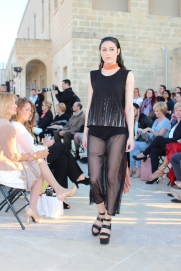 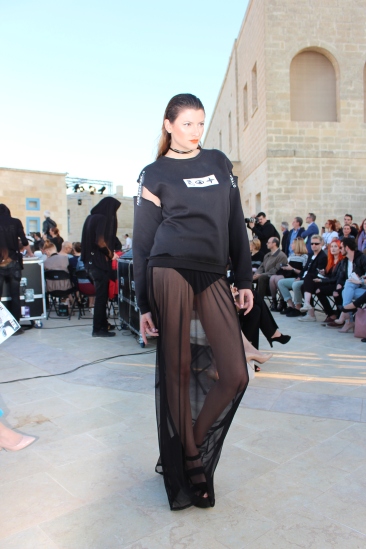 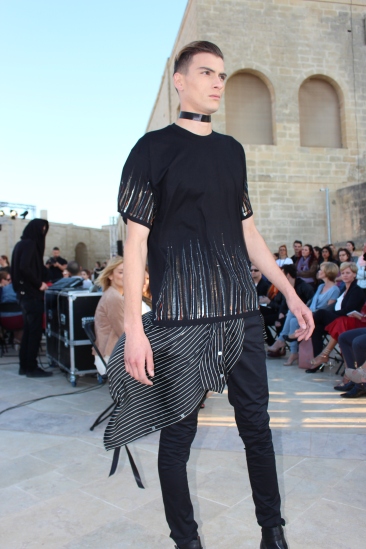 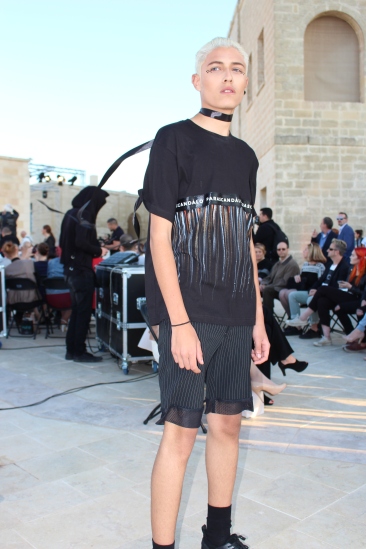 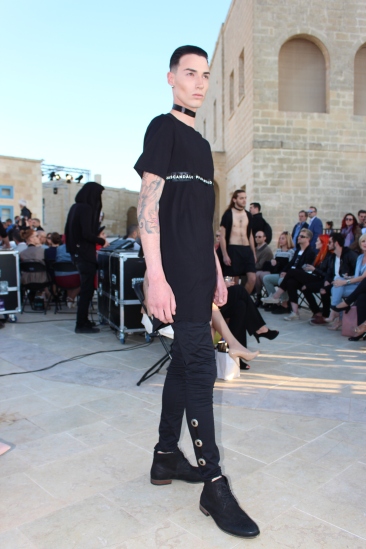 Infused with undertones of Maltese culture, political, and environmental issues, the combination of colours and materials work seamlessly so the end result is striking as it is unified in ideology and concept. ‘The ultimate social commentary in motion’, Parascandalo’s fashion show was not only a crowdpleaser but commanded attention towards the designer’s innovation and vision. 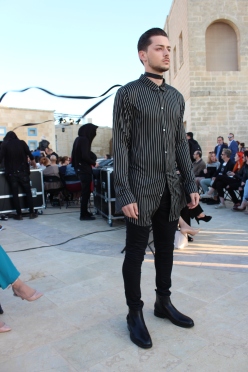 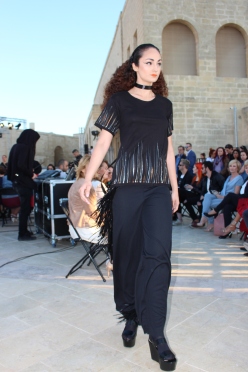 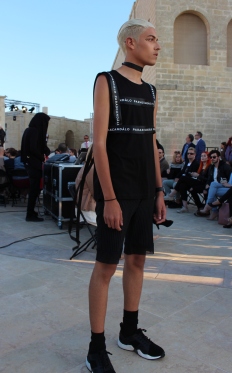 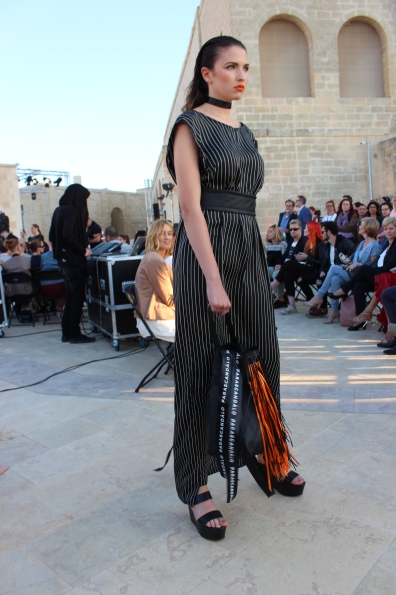 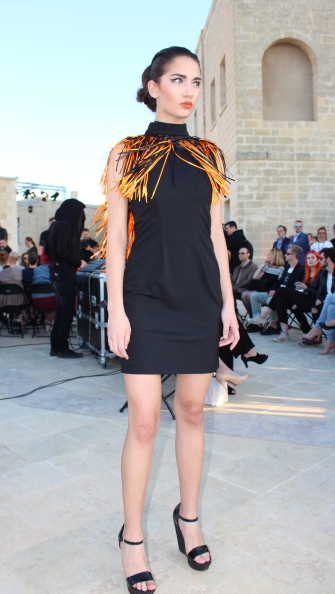 As creative director of the eponymous brand, Marco Parascandalo has remained loyal to his Maltese roots but his experimentation is indicative of looking beyond the local shores, venturing into the scene of riveting and alluring fashion. Returning to black, and once again imbibing an androgynous theme to the pieces, Parascandalo’s 2016 collection is fresh, youthful, energetic, and thoughtful all at once. The audience was certainly not disappointed and one can now easily recognise the name Parascandalo. Have a look at some of the looks that drew our attention and that will definitely hang in many of our closets to be worn soon! 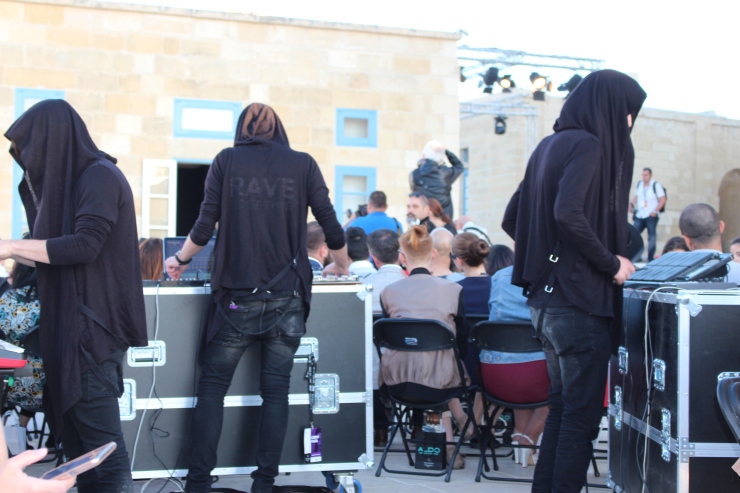 An extra touch to make the show even more special was a live performance by the band Crux.

A weekend well-spent brings a week of content. It is amazing how liberating and refreshing a simple motorcycle ride can be. It is just not the same in a car, somehow the joy of riding is more intensified and lived out in the moment. . . . Bonus: you get to be more of a tourist in your country 🏝 Can't wait for the summer to swim in the gorgeous sea
Mini #throwback to a fab weekend in Gozo. First time with the motorcycle 🏍 an adventure, trying new things and discovering new places. #beadventurous #bebold #outofmycomfortzone #letsgozo #imhobbok #weekendbreak
First week of February went by well and fast, didn't it? Time flies when you're occupied and focused on meaningful, purposeful activities. . . . From my work with students to gym sessions, from reading and home duties to catching up with friends and other recreational pursuits, it is all about achieving and maintaining a healthy work-life #balance #simplify #sayyestowhatmatters #maketimeforwhatcounts Happy long weekend!! . . . p.s. Thought of accompanying this end-of-week reflections with a dose of colour courtesy of the vibrant, picturesque street art dotting most of the houses in the old part of Funchal, Madeira's capital #travel #memories #latesttrip 🏛🌆✈
The wind in your hair 🌬, the openness of the air 🏞, the salty taste of the sea 🌊 blue and green more than the eye can see 🌈 . . . #motorcylediaries #motorcyclerides #hondacb650r #biltwellhelmet
First month done and dusted! 👊🏻💨 Kicked it off in style with fireworks and all in the Azores 🎇🎉, followed by 4 full weeks of work and commitment to an important role I have had in preparing future educators 👩🏻‍🎓 . . . On top of that, I promised myself that from the very beginning of this new decade, I would be focusing on achieving a more sustainable balance between work & life ⚖ So far, I am happy to say that I have managed to do so more than expected. . . . This is partly because I discovered an exciting outdoor leisure activity 🏍 ... And that has made all the difference 🏞
One of my childhood inspiration s for adventure and travel was Tintin - so chuffed to have found some tokens to rekindle that nostalgia, but mostly to plan ahead. ✈ . . . The calendar is ideal for the latter. 📆📝 . . . I have had the notebook since my first trip to Brussels and am finally using it as a book log to keep a record & some thoughts on my reading. 📖✒