Malta Fashion Week has diversified in the way it presents the designers’ collections. You have the traditional and not-so-tradition runway shows, and then there are the presentations.

Gabrielle Fenech’s collection Ruby Carol was showcased during one of the latter. I believe the medium is just right for such a collection because it offers a condensed, intimate space within which one can appreciate the work. Leather is the name of the game this time round, but once more, she is environmentally conscious when it comes to sourcing materials. The pieces are inspired from French / 70s Punk movement blended with a touch of New Wave typical of the 80s. This collection turned out to be quite interesting, and it shows that Gabrielle likes to tow the line between safe and risk-taking. 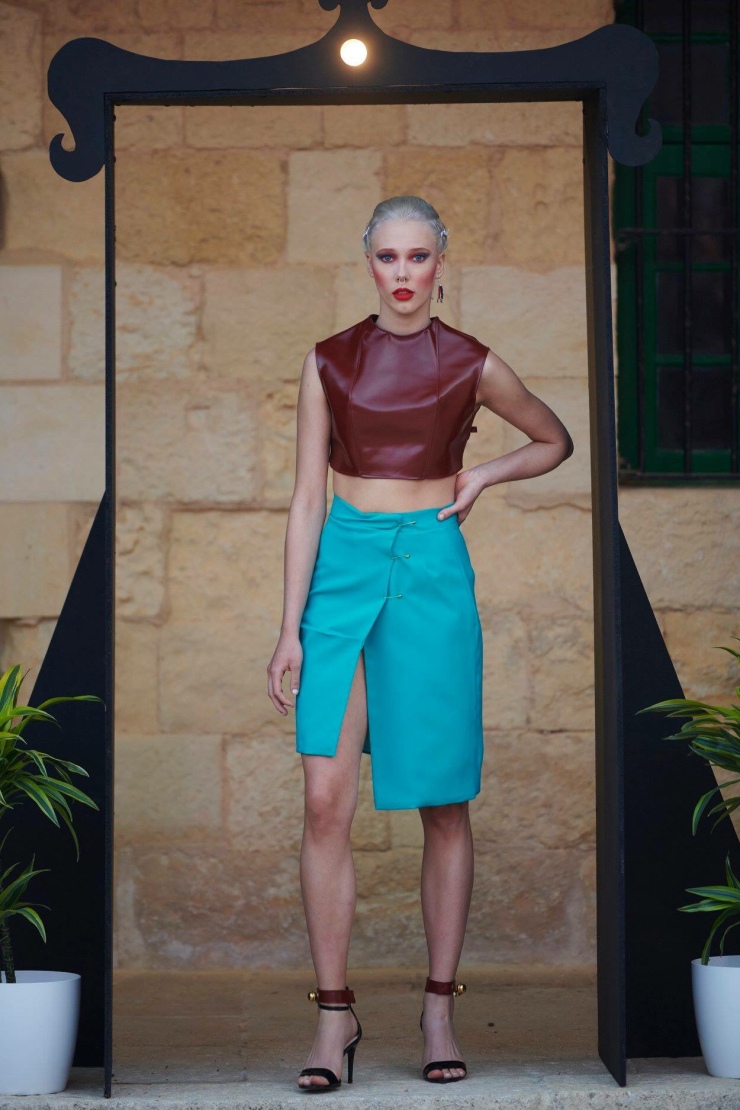 Moving on to the runway show Dynasty – in this case this is as classic as you can get. There are occasional contemporary touches such as the designs which embellish the shapes of women wearing such pieces. What is traditional about the collection, for those who prefer such styles, is the use of materials such as satin, chiffon, and lace appliqués.

If I had to offer my opinion, I would say that it is not one of my favourite collections in terms of the style, but that does not mean I cannot appreciate the work that went into creating such sophisticated, luxurious-looking gowns. 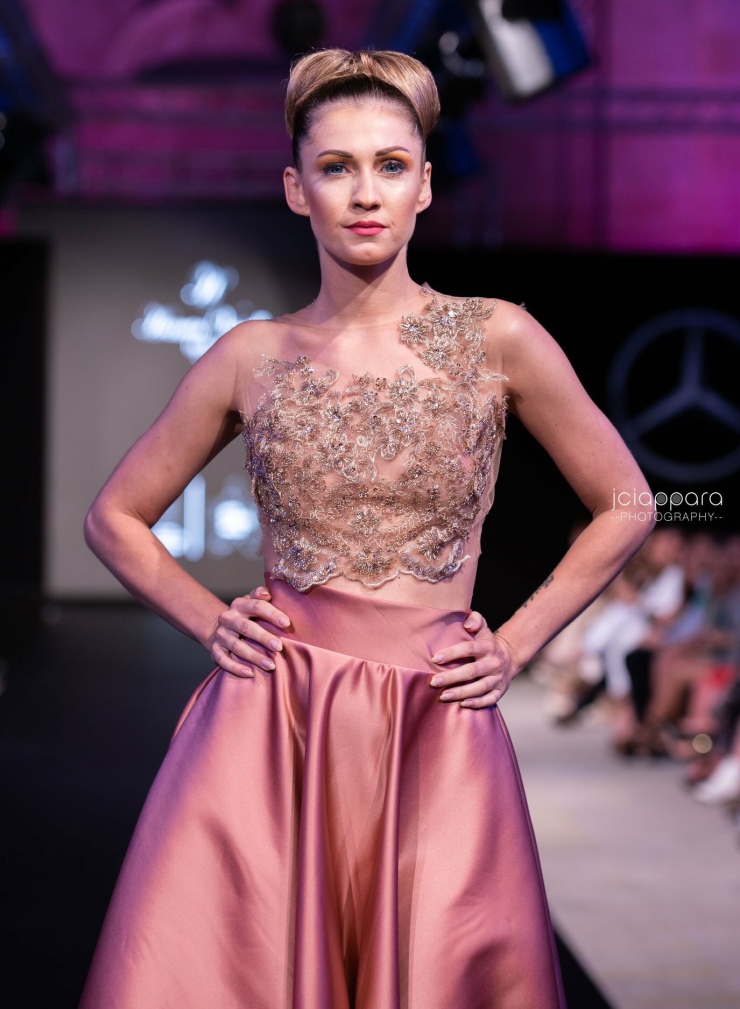 Hailing all the way from Argentina, you can tell designer Ocantos comes from such a vibrant, colourful place. It is as though the energy is transferred, and the clothes are a canvas on which he paints. Indeed, this explosive collection is connected to the designer’s own paintings, where the Inca Indians and the mountains they inhabited are predominant.

The garments used by the same Indians, dating back to a hundred years, are clearly inspirational for the designer, who has joined the ranks of this international designers similarly influenced by such indigenous cultures. There are critics who raise the issue of cultural appropriation, but at least in the case of Ocantos, it is subtly done and not a blatant copy of traditional garments.

On the contrary, his creations are fresh, joyful, full of fun. It is a pleasure to have the eyes feast on such a marriage of colours. Admittedly, some pieces are more for the runway than for day-to-day life, but the pleated designs, the stained jacket, and the lush blue have definitely piqued my curiosity. 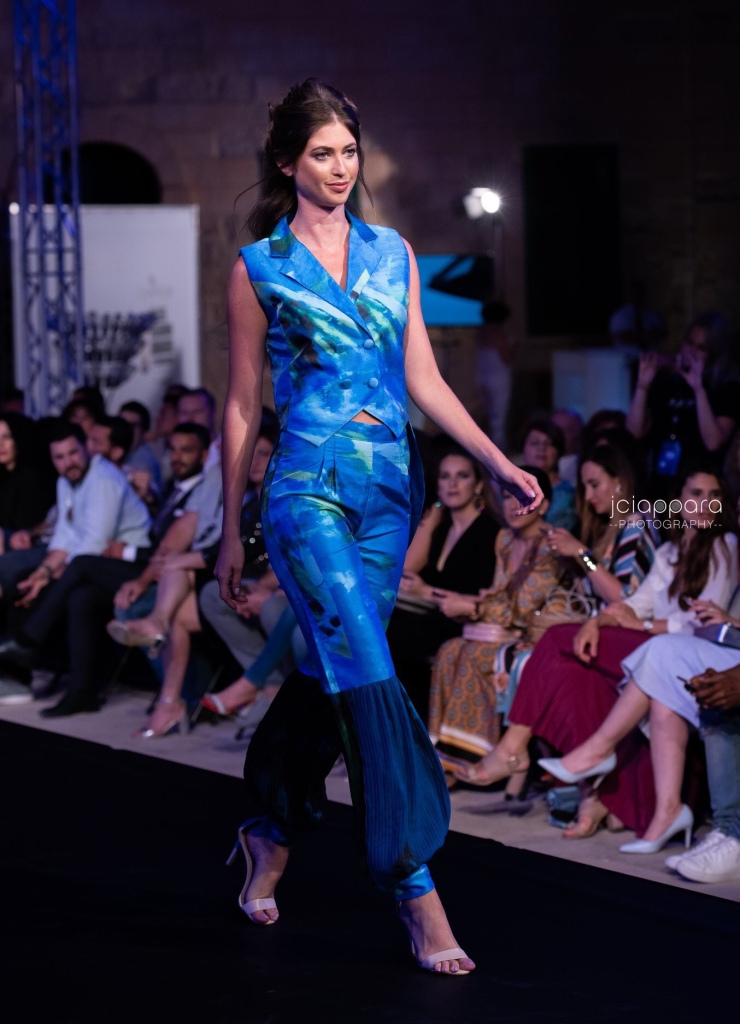 Mini #throwback to a fab weekend in Gozo. First time with the motorcycle 🏍 an adventure, trying new things and discovering new places. #beadventurous #bebold #outofmycomfortzone #letsgozo #imhobbok #weekendbreak
First week of February went by well and fast, didn't it? Time flies when you're occupied and focused on meaningful, purposeful activities. . . . From my work with students to gym sessions, from reading and home duties to catching up with friends and other recreational pursuits, it is all about achieving and maintaining a healthy work-life #balance #simplify #sayyestowhatmatters #maketimeforwhatcounts Happy long weekend!! . . . p.s. Thought of accompanying this end-of-week reflections with a dose of colour courtesy of the vibrant, picturesque street art dotting most of the houses in the old part of Funchal, Madeira's capital #travel #memories #latesttrip 🏛🌆✈
The wind in your hair 🌬, the openness of the air 🏞, the salty taste of the sea 🌊 blue and green more than the eye can see 🌈 . . . #motorcylediaries #motorcyclerides #hondacb650r #biltwellhelmet
First month done and dusted! 👊🏻💨 Kicked it off in style with fireworks and all in the Azores 🎇🎉, followed by 4 full weeks of work and commitment to an important role I have had in preparing future educators 👩🏻‍🎓 . . . On top of that, I promised myself that from the very beginning of this new decade, I would be focusing on achieving a more sustainable balance between work & life ⚖ So far, I am happy to say that I have managed to do so more than expected. . . . This is partly because I discovered an exciting outdoor leisure activity 🏍 ... And that has made all the difference 🏞
One of my childhood inspiration s for adventure and travel was Tintin - so chuffed to have found some tokens to rekindle that nostalgia, but mostly to plan ahead. ✈ . . . The calendar is ideal for the latter. 📆📝 . . . I have had the notebook since my first trip to Brussels and am finally using it as a book log to keep a record & some thoughts on my reading. 📖✒
Rediscovering Malta's gems #motorcylediaries #motorcylerides #selmunpalace #lovemalta #maltatourism #hondacb650r